Termites are one of the few groups of insects that have developed and exploited a ‘social’ or ‘colony’ type of existence. So successful have they been
that, philosophically, the colony has often been referred to as a kind of ‘super-organism’ and, economically, the annual monetary cost to humans in coping
with their destructive power is enormous.

They are often called ‘white ants’; however, apart from their social habit of living in colonies as several forms or castes, in appearance
they do not resemble true ants.

Termites are mostly pale brown to white, have no constriction between thorax and abdomen, and have beaded antennae. Reproductive forms have two pairs of equal wings and one pair of compound eyes. Workers and soldiers are blind, sexless and wingless and have thin cuticles that are susceptible to desiccation in dry or exposed environments. Ants on the other hand, vary in colour depending on the species and have an obvious constriction between thorax and abdomen. Antennae are variable, but characteristically elbowed. They have two pairs of unequal wings, forewings larger than the hindwings and one pair of compound eyes. Workers, soldiers and sexual forms of ants have cuticles that are not sensitive to desiccation, so they can exist outside more humid environment of their colony. 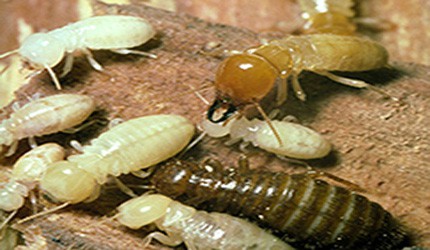 Ants, unlike termites, do not destroy sound timber, living in decayed wood that they may excavate to house their nest. Their workings are clean and free from the faecal marks that are often characteristics of termite workings.

Termites live in colonies, which are assemblages of different individuals with definite functions or tasks. The size of the colony varies from a few hundred, as in Neotermes insularis, to hundreds of thousands or even millions, as in the mound-buildings species Nasutitermes and Coptotermes, and also the destructive Mastotermes darwiniensis.

The colony takes various forms, some species build mounds, some nest underground and some live in small colonies in trees. 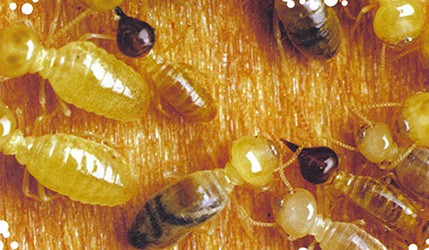 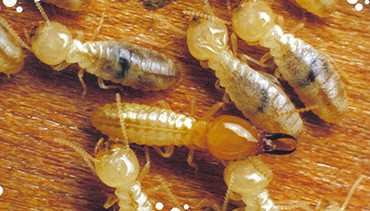 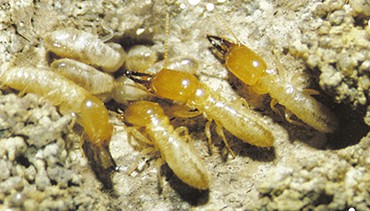 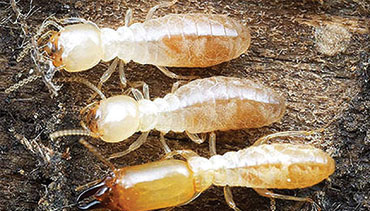